Deep Singh and Vin Scialla Team up for Educational Clinics

Gadd is on Ave A for 2nights

Steve is performing with
Mikarimba featuring:

www.Dromnyc.com
Posted by liftoff: drummer at 12:24 PM No comments:

Michel Merhej teams up with Nicole LaCorgne (editor), Vin Scialla (recorded the audio examples & prepared notated parts) to present the quintessential book on riq technique and playing riq within an ensemble. You can find it at www.amazon.com - http://amzn.to/nEiur6 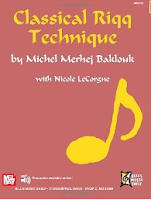 Built around the life and teachings of master percussionist, Michel Merhej Baklouk, this book has been designed as a biographical tribute, a teaching manual, and a resource guide for anyone wishing to develop a deeper understanding of the role that percussion plays in Near Eastern Arabic music. This book differs from most technique manuals in that it includes historical information on about Arabic music as it pertains to the life and work of a single artist, Michel Merhej Baklouk. The book is composed of three parts: Introduction, Lessons, and Reference Information. Each part is written to stand on its own as well as fit with the whole so that readers can approach the book either as individual articles and lessons, or in its entirety, to be read from cover to cover. By presenting Michel's work in this way, we hope to appeal to a wider audience—percussion students at varying skill levels and from varying music disciplines and backgrounds, students of music and Middle Eastern studies, or anyone else interested in twentieth century Arab music and culture. The first part, Introduction, contains several essays about Michel's life, his teaching philosophy, pedagogical practices, musical aesthetics and performance practices. Although these sections may be read independently, they are also designed to help percussion students apply the book's lessons to their own playing and musical interpretations. The technical focus of this book is on the riqq; however, students of Arabic music (beginning through advanced) can adapt the practical exercises to gain mastery of the percussion instrument(s) of their choice.
Posted by liftoff: drummer at 9:18 AM No comments:

We found a few useful direct links to the latest drum news and drum clinics:

The Drumteacher.com site features an events page that list where many fine drummers are performing in NYC and where the drum clinics are.


Sabian has a page dedicated featuring their clincs: 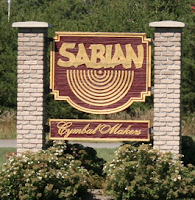 PAS local chapters list to find the latest on events in your area: 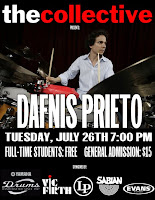 now, some classic southern rock drumming
Posted by liftoff: drummer at 7:43 AM No comments:

check out events page DRUMTEACHER.com for a list of drummers performing in the area,
feel free to send submissions for listings to info@drumteacher.com :
mission: connect all drummers and where youll be playing!

This Sat is the MD Festival in Montclair NJ, well be in good company as we ride up with Swiss Chris, Victor Rendon, sabian crew and Sway an up & coming drummerman, etc...
Posted by liftoff: drummer at 5:46 PM No comments: 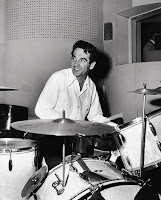 Gene Krupa: a Drummer with Star Power
Rising to fame with the Benny Goodman band, Gene Krupa was the first superstar drummer and led the way for percussionists to take center stage

http://www.smithsonianmag.com/arts-culture/Gene-Krupa-a-Drummer-with-Star-Power.html#ixzz1G7yzumGa
Posted by liftoff: drummer at 7:14 AM No comments: 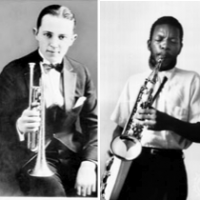 Ornette Coleman's bday today. he turns 81 march 9th, and sunnyside's own “Bix” Beiderbecke bday is on march 10th, wkcr online is pumpin out the hits today: http://bit.ly/fKvPTs
Posted by liftoff: drummer at 7:11 AM No comments:

ModernDrummer Festival 2011: the cat is out of the bag.. 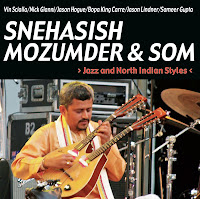 Snehasish, a North India mandolin master.
The Snehasish Mozumder & Som album is now avail on itunes :
you can download the album titled "jazz & north indian styles" on itunes or purchase a copy at cdbaby.com or bestbuy.com.
~ random chance records / liftoff

www.randomchancerecords.com
Posted by liftoff: drummer at 7:42 PM No comments: 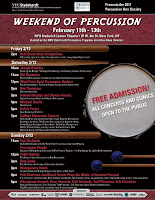 Andrew Beall (PAS NY) writes
Dear Friends,
The time to gather in New York City and watch the best drummers and percussionists in the WORLD has come yet again!
Thanks to our 29 sponsors, it's entirely FREE to the public...save the date!
Of note: We still have spots open for the Snare Drum Competition (Friday, February 11th, 7-10pm, no age limit), if you're interested.
@NYU, new york city
Posted by liftoff: drummer at 7:36 PM No comments: